In the past decade, value-based health care (VBHC) has been launched and promoted as the new way of addressing the challenges facing the health care sector. Sweden was considered to have an advanced healthcare system with vast experience of measurements, hence a perfect place to implement the full concept of VBHC.

Starting with an effort to improve existing quality registers, the concept was brought to the hospital level with three university hospitals as pilots. As experience grew, so did criticism. Although some of the work is continued, today the concept is rarely used. However, these experiences have not been widely recognised in Europe and elsewhere.

The general argument that we should focus on results and value continues to be a focus in the European and global arenas. VBHC is still used as a concept, but has evolved in light of an emerging discussion concerning the definition of value. We strongly argue that a thorough analysis of the VBHC components and implementation can cast a light on measures needed in order to create sound health systems that meet European standards of universality and equality. 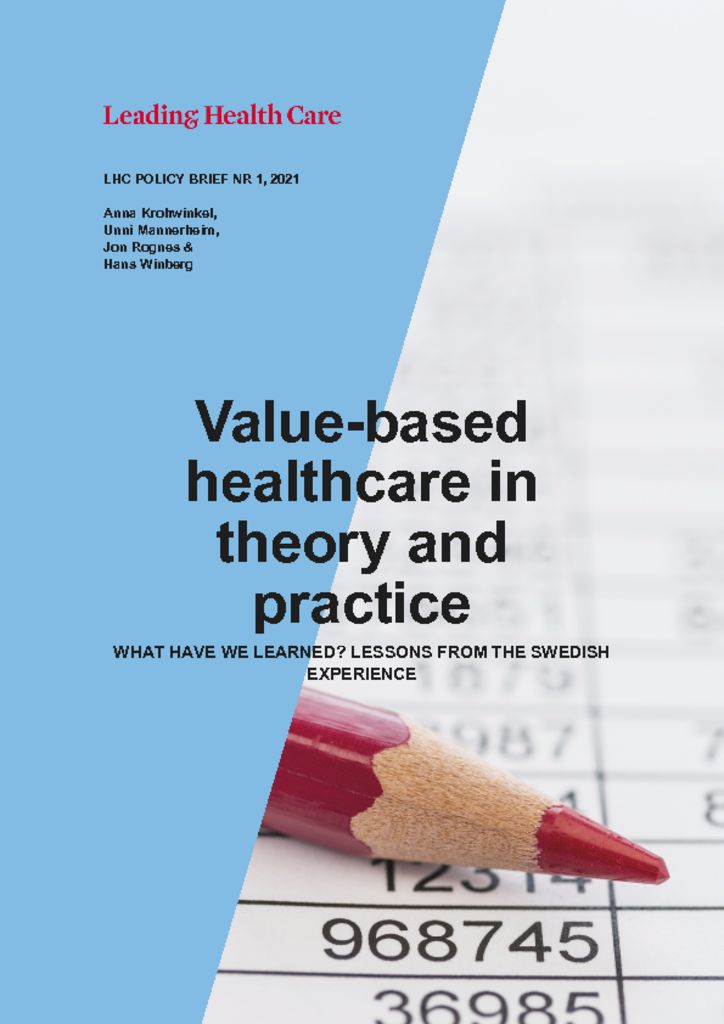